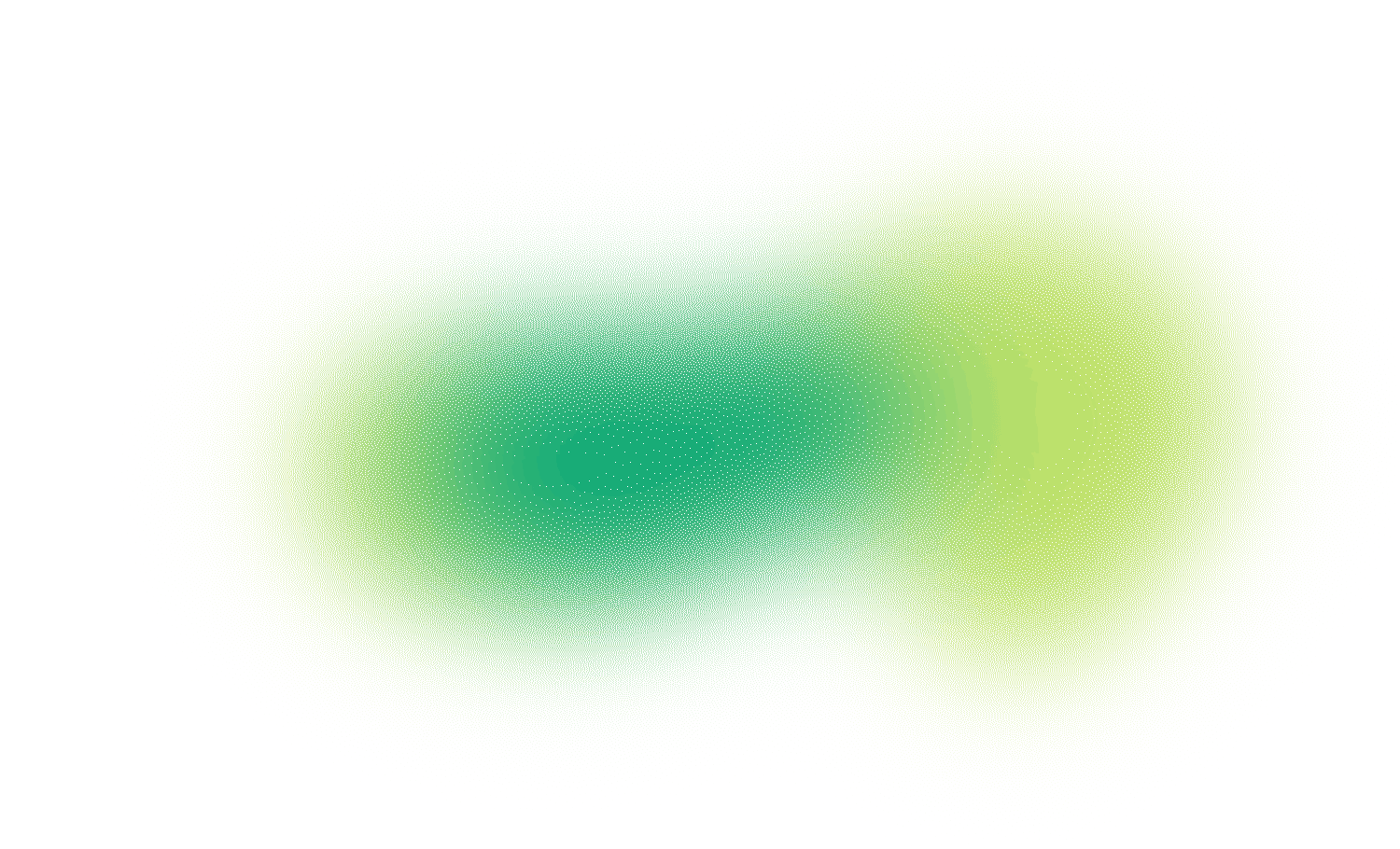 Seminars, exchange meetings, artistic and body practices: announcements and recordings
All
Workshops
Discussions, presentations
Right to Complexity: Feminist Methodologies of Understanding in Times of War
25.06.22
15.00 CEST
Watch the recording
Decolonial resistance in Russia
12.06.22
16.00 (CET)
Do we see a beginning of a new decolonial resistance movement in Russia? How do activists and researchers perceive its future(s)?
Moderator - Marina Israilova
Watch the recording
Lectures at the Feminist Translocalities exhibition in Novosibirsk
20.02.21 - 28.02.21
Curator: Sasha Shugay
Watch videos of lectures
"The place of a woman through the prism of cinema"
Masha Chereda, an activist of the Russian socialist movement, host of the film club "Women's Cinema"
"Humor and sexism: why we laugh when it's not funny"
Sasha Moris - fem activist, political scientist, fan of humor, specialist in high and low relationships
“On the path of realizing discrimination and sexism in a woman's life: from personal to historical”
Hayli Magmudian, - feminist, activist of volunteer movements
Empowerment: what is it? Different views on empowerment. The control of women in the patriarchy and the path to autonomy”
Vera Astashova, organizer of the @feminist_picnic_nsk, blogger
"What does feminist-friendly psychologist mean, or why just tolerance is not enough"
Ekaterina Khoroshavtseva, - behavioral psychologist, blogger, volunteer of psychological projects
“How does one become a feminist activist. Opportunities and criteria for "real" activism"
Anna Grigorieva
Kira Shmyreva, theater assistant. About the term "crip" and the Caring Theater project
24.11.20
Watch the recording
Lecture series within the framework of the exhibition "Feminist translocalities" in the space "WERK", Kazan
Nov 2020
Curator: Alexandra Biktimirova
Watch videos of lectures
What does Black Feminism give us?
Lana Uzarashvili, feminist researcher, co-founder of the educational project FEM TALKS, introduces viewers to the key figures of Black Feminism, then opens a discussion on the applicability of the experience of Black activists from the United States in the countries of the former USSR
The “Nationalalka” and Soviet Gender Policy of the 1920s and 1930s: Problems and Contradictions
Lecture by Yulia Gradskova - Associate Professor of Historical Sciences at Söderthorn University, Stockholm, Sweden. Author of “Natsionalka: Soviet Politics of Emancipation of Ethnic Minority Woman”. She is currently researching the International Democratic Federation of Women.
Women's movement in Tatarstan in the XX-XXI centuries: ethno-confessional aspect
Lecture by Lyaysan Shafigullina - Candidate of Historical Sciences, Associate Professor of the Department of Philosophy and Socio-Political Disciplines of the Timiryasov University
Trainings within the framework of the queer culture festival dotyk
10.2020 - 11.2020
Fundraising with a focus on Belarus, management of socio-cultural projects, social visual storytelling, art therapy, craftivism, fundraising consultations
More
02.10.20 - Fundraising with a focus on Belarus
Irina Tansiura, Tony Lashden, Ksenia Pakshina
25.10.2020 - Management of socio-cultural projects by examples
Ana Loktionova (curator, canteena.xyz, Minsk)
26.10.2020 - Social Visual Storytelling
Lena Nemik (Minsk)
Link to presentation
2.11.20, 5.11.20, 8.11.20 - Lecture and craftivist practices
Lesia Pcholka (artist, researcher, art director of veha.by). Read in our journal about the results of the workshop.
6.11.20, 13.11.20, 16.11.20 - Art therapy: practices of mindfulness and relaxation
Nadezhda Sayapina (artist, Minsk)
4.11.20, 6.11.20 - Consultations on fundraising
Tony Lashden (Tender na Gender, FRIDA)
Frailty Politics: Care & Pride in Everyday Life and (Performace) Art - discussion
16.10.20
More information and recordings
COVID-19 has made the topic of frailty visible and tangible.

Frailty is a daily routine. During Covid-19, it touched everyone and raised the question: how not to return to the old norms and, in general, to the terrifying construct "the body must function." Based on this, society decides who is worthy to receive help at the time of a disaster and a lack of resources.
How to accept the temporality of a "healthy" body and create an unlimited number of alternatives to access different resources? How to create a culture during disasters and emergencies, so that the future is not canceled, so that society critically examines its privileges and considers the process of creating different kinds of accessibility as part of the creative process?

Queering & Cripping - in this process, important practices that proceed from the rejection of hegemony and redefine all the established names and practices in the field of care and culture without romanticizing features/disabilities and sexuality, or rather, they abandon the term "singularity", "new body/new language", "care", "therapeutic education." The queer and crip community brings together a similar experience of oppression and interaction with punitive institutions. Feminist and queer movements began democratization of the sphere of care, making it accessible and important in
everyday life. Care Revolution is a process that has been going on since the 70s. Mad & disabled and crip movements have brought caring practices into the realm of performance and art. So they became part of the horizontal interaction of different communities, previously working against each other. With the acceptance of this frailty, care becomes an accessible and visible resource that does not need to be hidden in different places of isolation. Only in this way does the state of pride cease to be the state of privileged groups.

Weaving Futures: Utopia in Queer, Feminist and Postcolonial Theories
12.10.20
Host - Sasha Shestakova (researcher, art critic)
Audio recording of the meeting
Creation of sustainable self-organization
26.09.20
Natalia Matveeva, Togliatti
Watch the recording
The body as a resource
19.09.20
Alena Budarina, Togliatti
Watch the recording
Facilitation training
12.09.20
Sasha Kayner, Togliatti
Watch the recording
Presentation of FRIDA: Young Feminist Fund
10.09.20
Tony Lashden, Evdokia Romanova, Saadat Baigazieva
Watch the recording
Fundraising for feminists
05.09.20
Training on fundraising organized by: Natalya Matveeva, initiative group "We", Togliatti; Polina Drobina, EFI "Zhiva", Yekaterinburg; Evdokia Romanova, FRIDA: Young Feminist Fund
Watch the recording
Women's resistance in the GDR and the USSR in the 1970s-1980s
05.09.20
Formally, under real socialism, women and men were equal, but in reality it was often different. In both the Soviet Union and the GDR, women's groups were organized to challenge state narratives and advocate for their rights. What women were not mentioned by the state programs on gender equality? What kind of women's groups existed? What was their significance? Together with activists and researchers of women's movements in the GDR and the USSR, we want to find out what these stories of resistance mean for today's feminist work.
More
The event was held in Zoom in Russian and German with simultaneous translation. Translator: Vanya Solovey, Center for Transdisciplinary Gender Studies, University. Humboldt (Berlin).


Speakers:
Sasha Talaver is a postgraduate student at the Faculty of Gender Studies at the Central European University (Budapest), writing a dissertation on the participation of the Soviet Women's Committee in post-war gender politics. Sasha is also the editor of a collection on the history of feminist samizdat and runs a Telegram channel: https://t.me/bessmertnyipol.

Anna Golovina is studying anthropology at the history department of Moscow State University. She is part of the side-by-side LGBT film festival team, an active member of the Memorial human rights organization and the GULAG Museum. Anna is interested in the social mechanisms of marginalization and communication between the state and minorities. More information on her channel: https://t.me/veselye_ludi.

Maria Bühner is a historian and culturologist who explores the subjectivation of female * homosexuality in the GDR. Queer feminist activist. More information is available here: https://uni-leipzig.academia.edu/MariaBuehner.

Daria Kolesova - completed her Bachelor's degree in German literary and Slavic studies at the University. Humboldt, having defended a diploma on ex- and implicit self-censorship in the correspondence between Christa Wolf and Lev Kopelev. From the beginning of her studies, she concentrates on the literature of the GDR, but still chose a master's degree "in the West" - at the Free University of Berlin. Daria works on two research projects and spends the rest of her time pursuing queer feminist activism.


Moderator:
Olesya Bessmeltseva researches women's activism in the Soviet Union and is the curator of the exhibition Leningrad Feminism 1979: https://www.leibniz-gwzo.de/.../leningradski-feminism-1979-0.
Fundraising training for activists from Ukraine from Tatsiana Chernetska, a trainer of the Center for Gender Culture (Kharkiv)
27.08.20, 14.09.20
Feminism in the countries of the former USSR and its inequalities
25.07.20
17.00 (Astana), 13.00 (Kiev)
Informal discussion of issues of inequality and coloniality in relations between the so-called “center” and periphery. We invite you to review several texts together, as well as reflect on how feminism can actively oppose racial and ethnic discrimination and the reproduction of colonial structures.
More info (in Russian)
To queer or not queer: about the life of a concept in the post-Soviet space
20.06.20
The question of the fate of the concept of "queer" in the post-Soviet space remains open. Does one need to think what queer is in Russian, Ukrainian, Belarusian? When and why do we use this category? What does this term mask? What does it make visible, and what does it erase?

Technical support: Svetlana Haidalenok, Prastora KH (Brest).
More
“Queer theory as an explanatory framework for the “existance of others” has existed in the West since the early 1990s. The names of Judith Butler, Yves Kosofsky Sedgwick, Elizabeth Gross and Teresa de Lauretis are also known in Russian academic circles. Though mainly among those who are engaged in gender studies. Scientific articles regularly appear in Russian, highlighting the theories of these and other Western queer theorists. However, to what extent is queer methodology applicable to Russian reality? Isn't it just another fashionable epistemological import? Is queer in Russian possible? " - this is how the preface of the publication with the same name begins, which came out in 2010.

Today, 10 years later, the question of the fate of the concept of “queer” in the post-Soviet space remains open. Does one need to think about what queer is in Russian, in Ukrainian, in Belarusian ..? When and why do we use this category? What does this term disguise? What does it make visible and what erases? We will discuss these and other issues at the discussion on June 20.

- The word "queer" is its appearance, evolution, transformations and interpretations in the post-Soviet space
Marina Usmanova (Kherson), feminist, journalist, queer activist, one of the founders of the LGBT-inclusive feminist organization “Insha”

- Queer as a tool to evade the authorities
Tony Lashden (Minsk) - queer feminist, journalist and writer

- Postcolonialism and queerness in art: about the elitism of the concept, the privilege of being visible and the sores of communities
Yanis Saar (Minsk) - queer artist, art activist, participant of the "Red Borshevik" project, (co)organizer of spaces and events, mother of two dogs.

- Queer migrants in Germany and distorting mirrors
Masha Beketova (born in Kharkiv, since 2004 lives in Germany) - co-editor of the volumes “We have something to say. Stories of LGBTIQ migrants from the post-Soviet space” and “Re:write”; initiator and participant of queer-feminist migrant initiatives; writing a dissertation on queer migration.

- What can be said about queer in Ukraine in the 33 degree heat
Nadiya Chushak (Kiev) - queer feminist, anthropologist

- Queer art as new patriotism. What I learned from the experience of the first Russian Queer Biennale
Boris Konakov - queer artist, activist, producer of the Queer Biennale

Genealogies of feminisms
22.05.20 - 31.07.20
A series of meetings on the history of the institutionalization of gender studies and feminism in the post-Soviet space with the "participants" of these events. We talk about the experience of participation in the institutionalization of gender organizations, professional and friendly transnational ties, relations between gender studies and feminism, (utopian) ideas then and now.
More
Feminist Methodology Cabinet
16.05.20, 13.06.20
The first meeting of the feminist methodology cabinet on 16.05 was devoted to the epistemological foundations of feminist methods in science, as well as the methodologies of field work: first of all, interviews and observation.

In our second meeting on June 13th, we talked about data representation techniques and feminist writing.
More